– Special event honouring the youngest tennis grand slam champion in Canadian history (Wimbledon Gentlemen’s Doubles w/ Jack Sock, 2014). As a Junior, Vasek upon moving to Vancouver from Vernon trained at the Kits Beach Tennis courts with his father Milos, and dedicates much of his success as a pro to the times he used to play at Kits Beach. Scotty and Vasek became friends at a Davis Cup event in Vancouver two years prior.

– Upon the monumental win, and after discussing if he would accept the honorary tribute, Scotty planned and organized the entire event. As the planner and host, he was interviewed for news on TV and print. His duties included: creating, hosting, and setting up the event… Producing, writing and editing all of the copy… Plus connecting with and introducing the Vancouver Parks Board chair, John Coupar, Tennis Canada’s CEO, Kelly Murumets, the Kits Beach Tennis President, and Sportsnet journalist/reporter Arash Madani.

– The Media advisory brought out 5 camera crews and around 400 fans, including Davis Cup ball kids, all on a beautiful Spring day.

– Read and see more on the event here! 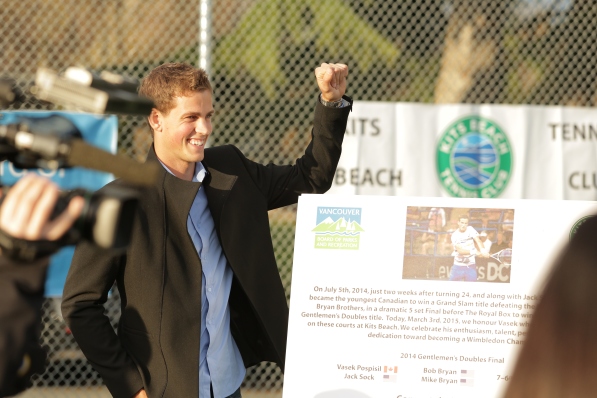 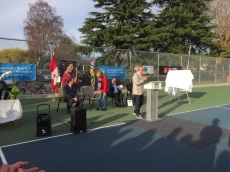 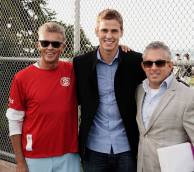 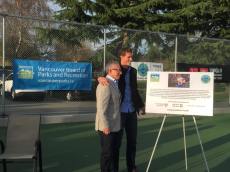